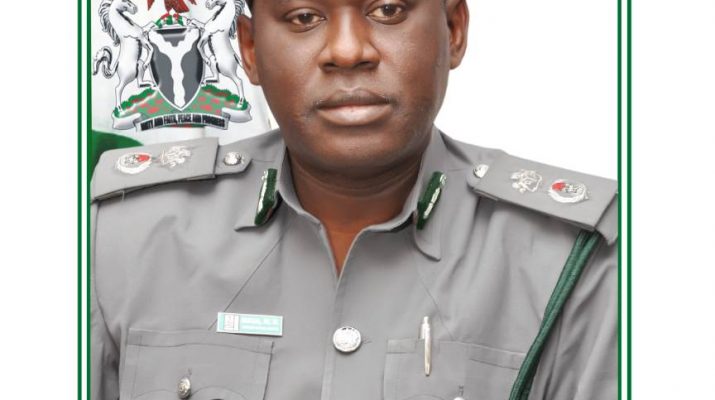 Eyewitness reporter
Apparently undeterred by the ravaging Covid-19 pandemic that has depressed the world economy, the Tin Can Command of the Nigeria Customs Service has raised the bar of revenue performance with the collection of N112, 695,693,158.66 revenue in the first quarter of 2021.
According to a press statement signed by MBA Musa, the Customs Area Comptroller, the amount was an improvement of about N21.05billion, which is 23 percent over the corresponding period of 2020 which was N91billion.
”This improvement, despite the twin threat to lives and livelihood posed by the Covid-19 Pandemic, the Command has inspired its officers to continue to work hard while observing all the safety measures to achieve the best of performance through the use of technology and collaboration”, an obviously elated Musa stated.
”During the period under review, anti-smuggling activities yielded results with a spectacular seizure of cocaine weighing 43.110kg concealed in Raw Bulk Sugar, arrest of 20 suspects in connection with the seizure and detaining of the vessel MV SPAR SCORPIO.
The Command has handed over the case file, suspects, and the vessel to National Drug Law Enforcement Agency (NDLEA) for further investigation”
However, despite its hard drive for revenue, the command was also mindful of the importance of trade facilitation.
Towards this end, legitimate trades were given expeditious attention and the exit of compliant goods was promptly facilitated while non-compliant traders expressed the raw side of the law.
”The Dispute Resolution Committee and the Help Desk have been re-jigged with a mandate to attend very expeditiously to all Trade-related disputes.  We have also reinvigorated the use of intermodal transport systems such as the use of Barges for Cargo movement in line with Global Best Practices”, the Area Comptroller declared gleefully.

Why we can’t drydock our vessels in Nigeria—- NLNG

Why we adopted direct auction sale for scrap vehicles—-Customs 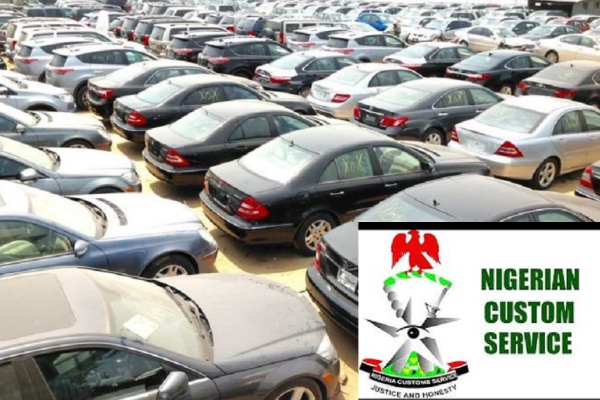 seized vehicles waiting to be auctioned
The Eyewitness reporter
The Nigeria Customs Service has explained the reason why it recently disposed of scrap vehicles under its control through the direct auction sale method.
In an exclusive interview with our reporter, the National Public Relations Officer (NPRO) of the Service, Deputy Comptroller Timi Bomodi, explained that no sane person could purchase those damaged vehicles for use except those who melt them into metal as raw materials.
” Yes, the vehicles we auctioned through direct sales were all scraps. They are vehicles used by smugglers which are purposely built for their nefarious activities.
“These vehicles are damaged beyond repairs and the service could not upload such vehicles on its auction portal to the general public.
“That was why we sold them directly at very ridiculously low prices to iron smelting companies who will melt them into iron.
“These vehicles litter all our commands in the country and are constituting an environmental nuisance.
“So we needed to evacuate them from those places for the safety of our officers who are constantly being faced with the danger of attacks from snakes and other dangerous reptiles which hide under the cover of these scrap vehicles”, Bomodi declared.
He said his explanation was meant to clarify what he described as false information and misconception being peddled to the public by auctioneers.
The auctioneers have accused the Customs of branding about 6000 seized vehicles as scraps before selling them off at cheap prices to their cronies.
The aggrieved auctioneers have further claimed that the Customs conducted the auction of the vehicles without open competitive bidding as it’s enshrined in the Bureau of Public Procurement (BPP) Act, 2007.
“So far, about 6,000 vehicles have been sold to their cronies through the so-called direct auction allocation.
“The vehicles, which could have fetched the government huge revenue, were sold as scraps at giveaway prices.

“We all know that it is a ploy to enrich their favoured contractors at the expense of the government.

” The government is being denied the revenue it would have realised from open competitive auctions.
” If this government is serious, the Comptroller-General of Customs, Hameed Ali should be answering tough questions from either the Economic and Financial Crimes Commission (EFCC) or the National Assembly by now,” the Auctioneers claimed.
They further alleged that instead of selling the confiscated goods through public auctions as mandated by the law, the NCS had been selecting the dealers it sells to.
“What the BPP Act says
Section 55 (3) (5) of the BPP Act stipulates that open competitive bidding shall be the primary source of receiving offers for the purchase of any public property offered for sale.
“For the purposes of this Act, public property is defined as resources in the form of tangible and non-tangible assets (ranging from serviceable to the unserviceable).
“According to a letter from the NCS to a company, AMEX West Africa Limited and dated March 25, 2022, with reference number: NCS/ADM/MGT/012/S.2/C, signed by the Chairman, Direct Disposal of Scraps Committee, Comptroller A.D Sanusi, titled, ‘Direct auction allocation of scrap vehicles and other items,’ it was indicated therein that 338 vehicles were sold for N3,380,000 through direct auction allocation in Abuja.
It read, ‘’I am directed to inform you that the Comptroller-General of Customs, acting on the provisions of Customs and Exercise Management (Disposal of goods) Act, CAP C46, Laws of the Federation of Nigeria, 2004, hereby allocates the under-listed 338 lots of various scrap vehicles domiciled at Katsina State Area Command to your company as auction sales for the purpose of disposal, smelting and fabrication into raw materials for production valued at N3,380,000 only.

“All vehicles disposed of must be evacuated from the premises within 10 working days after payment or risk forfeiture.

” Furthermore, you are to note the following: Application for replacement of allocated vehicles would not be entertained. All allocation letters transferred or sold by the allottee to a third party shall be at the buyer’s risk.’’
However, Bomodi stated that the auctioneers were only being mischievous and clever by half in their claims as the vehicles auctioned through the direct disposal method were actually scraps and not branded as such.
He disclosed that Customs still conducts open bidding auction exercises on its auction portal.
“The last time we conducted the auction of serviceable vehicles on our portal was early this year and another round of the exercise will soon be conducted” he disclosed.

CGC, Ali
The Eyewitness reporter
There was a wild wave of anger, despondence and frustration among the freight forwarders Monday as they were slammed with yet another increase in the Customs exchange rate.
Our reporter gathered that Customs brokers woke up Monday to find a new exchange rate on the Customs portal, different from the one left there last Friday.
From the screenshot of the portal shared with our reporter, the rate has been increased from $409 to  $422. 3, a difference of $13.
Confirming the increment, Mrs Onome Monije, the Public Relations officer of the Tin Can chapter of the Association of Nigerian Licensed Customs Agents (ANLCA), said the change in the exchange rate was dumped on the agents without any prior notice.
Mrs Monije declared that the increment would automatically lead to higher costs in goods clearance and the value of goods in the market. 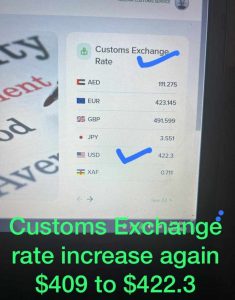 While absolving Customs of any blame since “they were merely implementing government fiscal policy as directed by the Central Bank of Nigeria (CBN)”, she however appealed to the authority to always give freight forwarders prior notice of such changes.
The ANLCA chieftain admonished her colleagues not to cut corners but intimate their importers of the new development in order to comply with the new changes in the customs exchange rate.
However,  there was angst among a cross-section of freight forwarders who expressed frustration and disappointment over the latest increase.
They expressed anger that it has become a normal practice by the government cum Customs to slap such increases on them without prior notice.
They feared that the latest increase will further lead to astronomical increases in the cost of clearance, especially vehicles, which costs, they said, have already been jerked out of reach of average Nigerians.
According to Onome, the increment will result in a minimum of an additional 40,000 on a single small vehicle while it will result in a minimum of N100, 000 or more on a big vehicle whose clearing cost prior to now, is over a million.
She said the additional cost will be graduated depending on the volume of the consignment.
The new change, which has already taken immediate effect, may lead to a momentary delay or sluggishness in clearance procedure as the importers and their agents may have to adjust to the new reality.