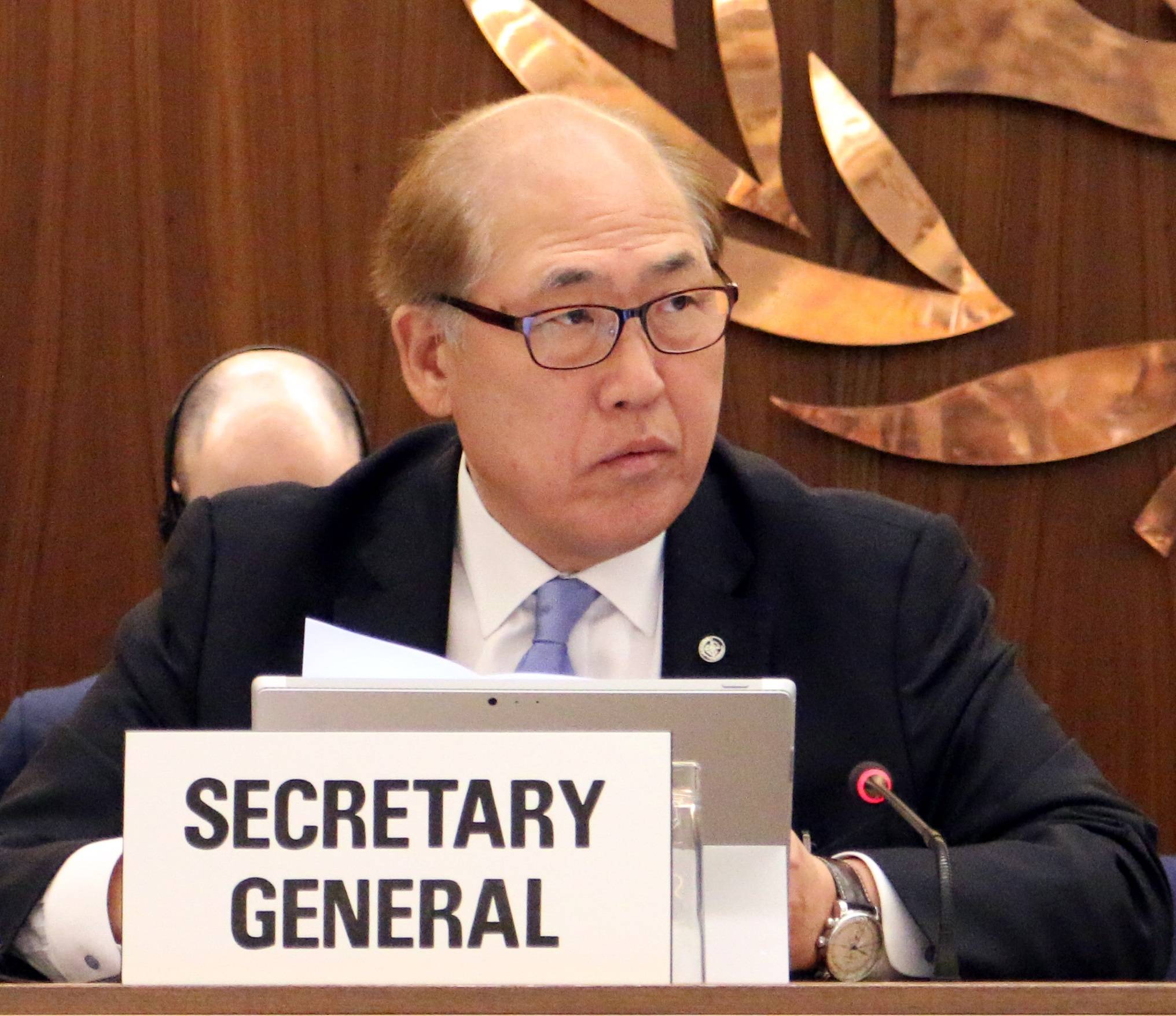 Apparently impressed by the continuous efforts of Nigeria to improve the security situation in the Gulf of Guinea, the United Nations (UN) has commended the country for playing a leading role in efforts to secure the region.

The world body promised that it will continue to support the country and the region.
The Secretary-General of the International Maritime Organisation (IMO) Kitack Lim, said the country had made important contributions to the fight against piracy and armed robbery in the Gulf of Guinea maritime domain.
Lim made specific reference to the recent launch of the Integrated National Security and Waterways Protection Infrastructure, also called the Deep Blue Project.

IMO is the specialised agency of the UN responsible for regulating shipping.

“I would like to extend my deepest appreciation to the Nigerian government for its continued contribution towards the endeavours to ensure safe and secure maritime operation in the Gulf of Guinea,” Lim said in his message to Nigeria.

He said such actions had helped the work of seafarers and improved shipping in the region while keeping at bay illicit maritime activities.

The IMO Secretary-General praised Nigeria’s determination to galvanise regional and international energies to rid the country’s waters and the Gulf of Guinea of threats to shipping.

“I’m encouraged to envisage the promise of inter-regional cooperation on so many levels. I would like to express my deepest appreciation for Nigeria’s active engagement in all these global and regional initiatives,” Lim stated in his message to the launch of the Deep Blue Protect, a scheme initiated to provide security for the Nigerian maritime domain and the Gulf of Guinea from land, air, and sea.

The project is domiciled with the Nigerian Maritime Administration and Safety Agency (NIMASA), while the Maritime Security Unit (MSU) with personnel drawn from the Nigerian Armed forces, the police, the Department of State Services and NIMASA  are responsible for its operational deployment.

Lim said the launch of the Deep Blue Project marked “a major development in the world to avert piracy in the Gulf of Guinea.

“I wholeheartedly welcome you all today to launch Nigeria’s Deep Blue Project, reflecting Nigeria’s commitment to lead the fight against piracy, not in your national waters, but in the Gulf of Guinea.”

Lim acknowledged the need for more collaboration and contribution to the antipiracy war, saying, “there is still more work ahead for all of us. The world is watching and we must ensure we succeed in our objective to enhance security in the Gulf of Guinea region.”

He said IMO remained committed to supporting the region in its efforts to ensure maritime security.

GOG-MCF/SHADE is a forum to galvanise regional and international efforts to ensure security in the Gulf of Guinea. It is one among other similar endeavours spearheaded by Nigeria with the objective of securing its maritime environment.

ANLCA crisis is fueled by desire for vengeance—Ozo Chukwura