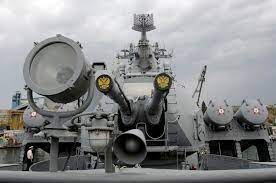 Incidents of piracy in Gulf of Guinea reduces