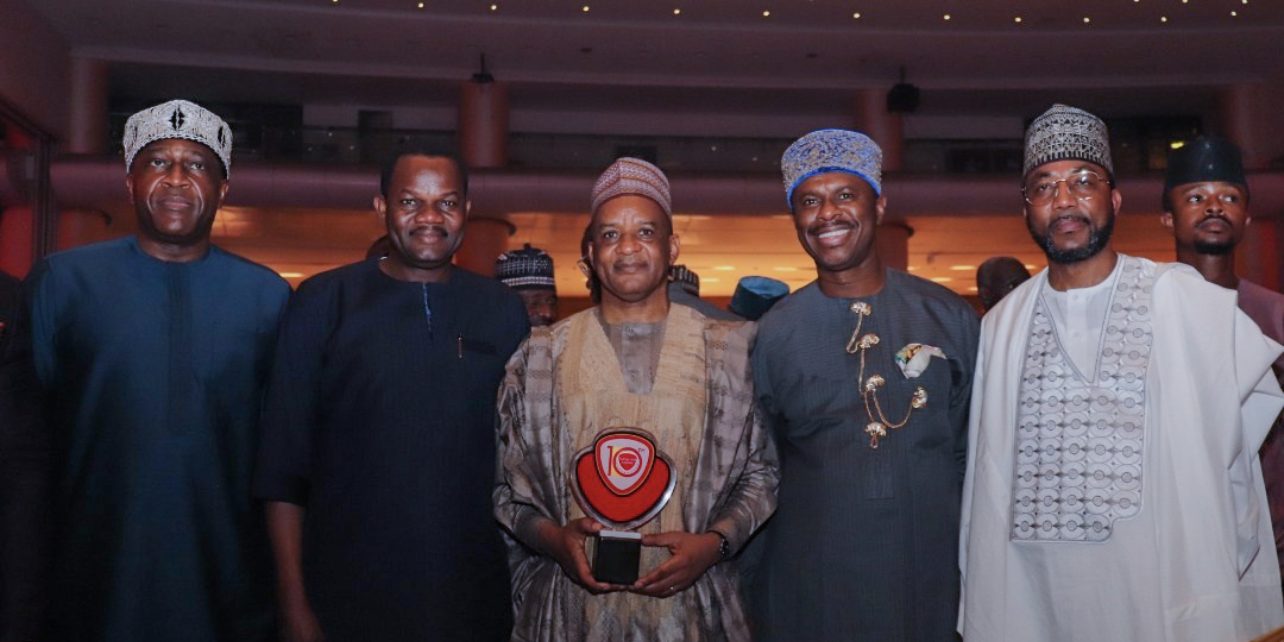 Dr Bashir Jamoh, Director General of Nigerian Maritime Administration and Safety Agency (NIMASA) has described the Public Sector Maritime Icon Award given to him by Vanguard Newspaper as a challenge to work harder in the interest of Nigeria and humanity.

Dr Jamoh, who commended Vanguard Media Limited, publishers of Vanguard Newspaper for finding him worthy of the award, said he sees the recognition beyond an honour because for him it is a call to increase his level of service

According to him, whatever was being done that attracted the accolades and honour to him and NIMASA under his leadership will be improved upon to make all Nigerians and Vanguard Newspaper proud while also justifying the honour.
The DG said the good works of NIMASA which have manifested in inter-agency and international collaboration against piracy and other maritime offences resulting in an all-time reduction in vessel and crew attacks will be redoubled. 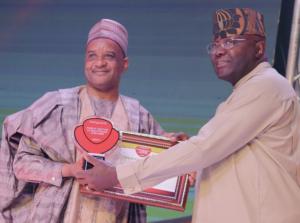 Dr Jamoh thanked members of the NIMASA board, Executive Management Team and all staff of the agency for their contributions to the success stories the nation’s foremost maritime administration has been associated with.He assured that in months to come, NIMASA in the performance of its statutory functions would scale up its activities to achieve more for investors, professionals and all stakeholders in the nation’s maritime industry” This calls for more work, more tasks, and more sustainable success. We have so many things in place, and God willing, we have to double up our efforts to justify this award within the coming months.”It is a challenge, and whatever we did before that impressed the selection committee, now we have to double our efforts. For me, I don’t see the award as just an award in name, but as a challenge.”The essence of leadership wherever you go is to make a difference to the people and the society, so if your position of leadership cannot change dimensions, then the essence of leadership is far from being achieved.”The Vanguard Newspaper recognised our efforts because there are some impacts and changes, but there are so many areas in which we need to do more, which we must be able to do in the coming months.

” So we need to double our efforts,” he said shortly after receiving his award plaque and certificate.

Notable maritime stakeholders who witnessed the ceremony agreed that the NIMASA DG had worked hard within a short period to justify the honour.

Prominent shipowner, Mrs Margaret Orakwusi, described Jamoh as a NIMASA DG who came with three decades of experience in the sector and sound maritime academic background which he has deployed for the benefit of the Nigerian maritime sector.

Since his assumption of office, Dr Jamoh has won several awards, including the 2020 Zik Prize in Public Policy.

Chairman, Selection Committee Zik Prize 2020, Professor Pat Utomi said the capacity of Dr Jamoh to have extensively managed the restructuring, reformation and repositioning of NIMASA earned him the prestigious award.

Prof Utomi stated that “the Deep Blue Project and the Blue Economy initiatives Dr Jamoh continues to champion have brought massive gains to the Agency and the nation’s economic diversification goals.”

The International Maritime Bureau (IMB) in its recent report, had disclosed that piracy in the Gulf of Guinea, which had in recent times become the global epicentre for sea piracy, fell to the lowest since Q2 2019 after the Dr Jamoh started enforcing the Integrated National Security and Waterways Protection Infrastructure, also known as the Deep Blue Project.