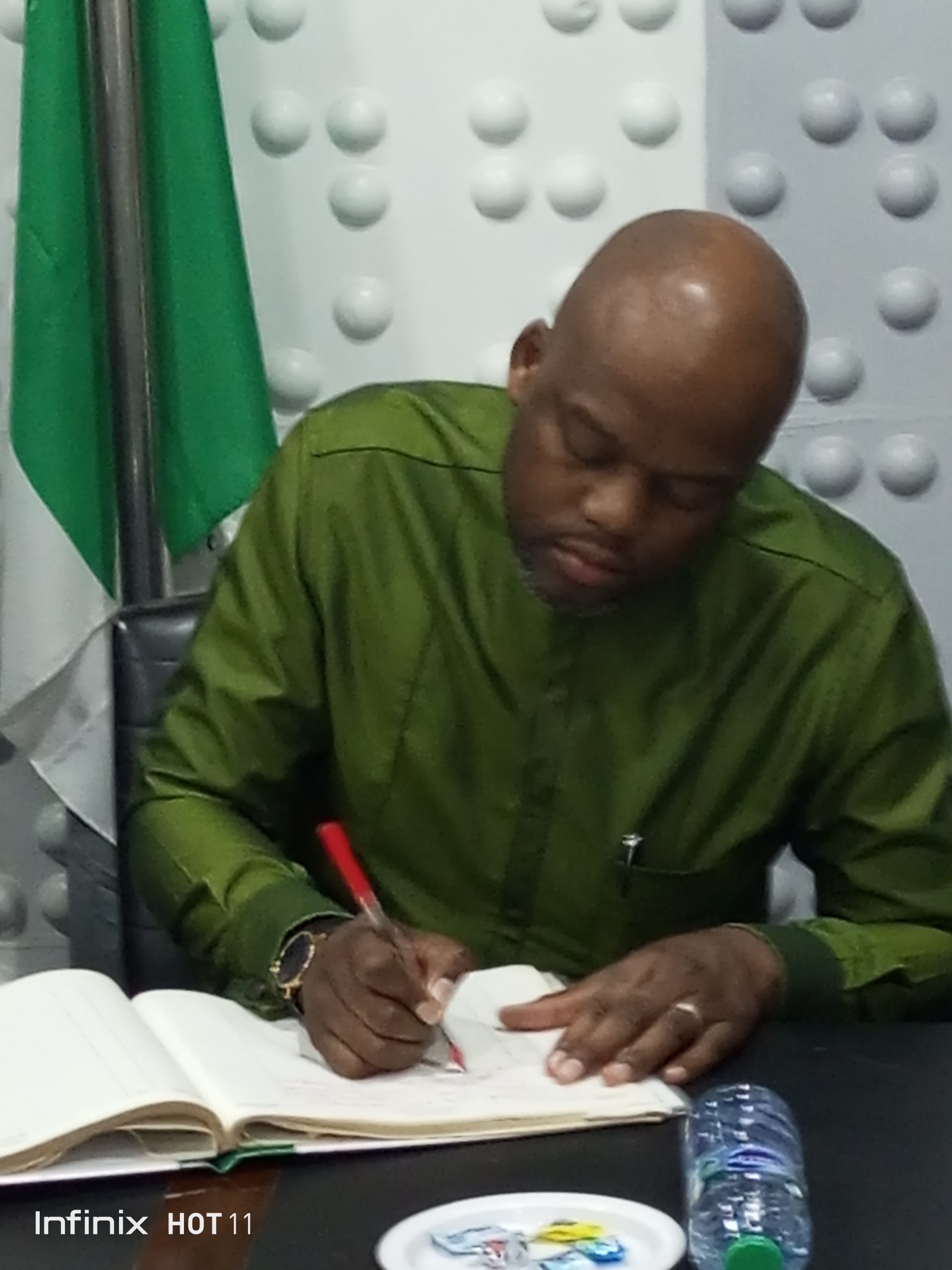 AfCFTA Sec.Gen, Wamkele Mene
Eyewitness reporter
The Secretary-General of the African Continental Free Trade Area(AfCFTA), Wamkele Mene, has allayed the fears of Nigeria over the possibility of being turned into a dumping ground for goods under the continental trade agreement.
Mr Mene, who stated this during the visit of the AfCFTA secretariat to Lagos ports Wednesday, said adequate measures have been built into the trade agreement to safeguard the country and other African nations from being turned into dumping grounds for foreign goods.
It could be recalled that it took Nigeria’s President, Mohammed Buhari to sign the trade agreement owing to fears being expressed by the government that Nigeria, as the biggest market in Africa, could easily be turned into a dumping ground under the continental trade agreement.
However, the AfCFTA scribe said though such fears are real, the agreement has taken care of its possibility.
He said the issue of dumping is a serious one but the agreement has given each country under the agreement powers to deal with the situation when it arises.
According to him, the agreement is intended to create jobs and not job losses, as dumping could lead to job losses.
“On the issue of dumping, it is a very very serious issue. This agreement is intended to create jobs, not job losses.

“So, we have to make sure that we are very vigilant against the transshipment of goods, against fraudulent invoicing.

” Any goods that are coming in that are not part of AFCTA, we should not hesitate to take action against such goods.
“That is why we are working closely with the customs authorities in Africa.

“In the agreement, there are rules: anti-dumping measures, all these rules are meant to protect domestic economies.

“If you see there is the importation of certain goods from certain countries, the agreement allows you to take action against those goods in that country.

“So we have built into the agreement safeguards to make sure that we minimize these.

“Fraudulent invoicing, and transshipment, like any other crimes, those things will always be there, the issue is to mitigate and make it difficult” Mr Mene declared.

He disclosed that in order to mitigate the issue of dumping, the AfCFTA secretariat is working closely with customs authorities in Africa to check against this menace.
“So we are working closely with the customs authorities, that is why we have hosted them in Accra, five times so that we can jointly together confront these challenges of the possibility of dumping of goods.

“What I always find interesting is that many times, we are willing to accept goods from a country whose name I would not mention that is not on this continent., substandard goods, goods that don’t meet our own requirements, these are the things we have to be vigilant against because it is not a Nigerian market, a Malian market, a Ghanian market, it is AFCTA market.

The AfCFTA chief said that dumping will not affect one county alone but the whole of Africa and that is why the secretariat viewed the issue with all seriousness.

“We are now creating one market, so if there is dumping in Nigeria, it impacts all of us. If it is dumped in another country, it imparts on all of us.

“So I really appreciate the sensitivity of this issue of dumping and I understand it.

.”So we have to work together to make sure that we prevent this scourge of dumping” Mene stated.