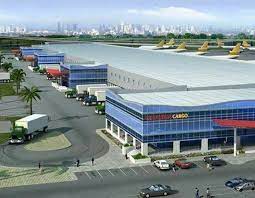 The Anambra State Governor, Willie Obiano has flaunted the N16billion Anambra cargo airport located in Umueri, as the airport with the longest runway  in Nigeria with satellite landing system to aid aircraft land anytime of the day and in all weather.

He made this observation on Saturday when he conducted members of the  joint committee of the National Assembly  round tge project.
Governor Obiano however told his visitors that he hoped to deliver the project, which commenced in January 2020, by April 2021.
He declared that he was determined to make the date sacrosanct  in view of the enormous economic importance of the airport  to the State and South East zone and the nation generally.
The Governor said he was impressed with  the speed and quality of work at the site since January 2020 when the project started.
Obiano, however, promised that by the end of April, air operation would have started fully at the airport.
“One other important thing is that this is the only airport in Nigeria that has a satellite landing system, you can confirm that from the Nigeria Civil Aviation Authority.
“We did that deliberately because this is going to be one of the busiest in Africa because of the orientation of our people who are business people and travelers,“ Obiano said.
The aide to the Governor, Mr. Marcel Ifejiofor, corroborated his principal when he listed the features of the airport.
According to him, the airport have two runways with 100 per cent erosion control, which would prevent flooding during rain.
He revealed that the airport was a high tech project with good local content which he said was being executed by competent company under supervision of some of the best consultants in the aviation sector.
“This runway has 06, 024, it has a length of 3.7klm, the width is 60 metres, 45 metres carriage way and 15 metres shoulders and the category is 4F, meaning it can take any Airbus.
“The orientation is that you can land on two sides, you can land on 06 or 024, it has category two light and satellite landing system, one kilometer racer to take care of overrun.
“We have four grids on either side or a diversion channel to Oyi River”.
A visibly impressed Chairman, Senate Committee on Aviation, Senator Smart Adeyemi, noted that the Anambra cargo airport is viable and can compete with the Murtala Mohammed Airport in Lagos State.
He added the National Assembly joint committee would go back and think about how the Federal Government could help in the project.
“Aviation is key to social economic development for any political entity, we have heard about this airport and decided to come and see for ourselves.
“Most airports in Nigeria are not viable but they are essential, Lagos Airport contributes about 65 per cent to our aviation but I can say that next to Lagos is where we are standing,” he said From September 1st, 2022, Emirates airlines will cease to operate flight operations in and out of Nigeria.

The beleaguered airline said the operational environment in Nigeria is suffocating as its $85 million is still trapped in the country.
In addition, the airline said the unavailability of foreign exchange has complicated an already bad situation.
In a press statement made available to newsmen, the airline said it will stop its operation indefinitely starting from September, 1st 2022 till after it was able to repatriate its trapped fund.

It could be recalled that Emirate airline had cut down on its weekly number of flights into Lagos from 11 to seven over US$85 million of funds awaiting repatriation from Nigeria.

The airline said the figure has been rising by more than $US10 million every month, as the ongoing operational costs of our 11 weekly flights to Lagos and 5 to Abuja continue to accumulate.

They, however, said that the trapped funds are urgently needed to meet operational costs and maintain the commercial viability of their services to Nigeria.

“We simply cannot continue to operate at the current level in the face of mounting losses, especially in the challenging post-COVID-19 climate. Emirates did try to stem the losses by proposing to pay for fuel in Nigeria in Naira, which would have at least reduced one element of our ongoing costs, however, this request was denied by the supplier,” the airline had said.

However, with no considerable improvement and headway in repatriating the trapped fund, the airline, on Thursday, announced the suspension of its operations in Nigeria indefinitely.

The statement reads, “Emirates has tried every avenue to address our ongoing challenges in repatriating funds from Nigeria, and we have made considerable efforts to initiate dialogue with the relevant authorities for their urgent intervention to help find a viable solution.

“Regrettably there has been no progress. Therefore, Emirates has taken the difficult decision to suspend all flights to and from Nigeria, effective 1st September 2022, to limit further losses and impact on our operational costs that continue to accumulate in the market.

“We sincerely regret the inconvenience caused to our customers, however, the circumstances are beyond our control at this stage. We will be working to help impacted customers make alternative travel arrangements wherever possible.”

“Should there be any positive developments in the coming days regarding Emirates’ blocked funds in Nigeria, we will of course re-evaluate our decision. We remain keen to serve Nigeria, and our operations provide much-needed connectivity for Nigerian travelers, providing access to trade and tourism opportunities to Dubai, and to our broader network of over 130 destinations.” 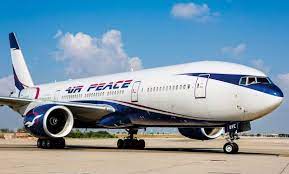 Air Peace, on Monday, said it has stopped flight operations to Johannesburg, South Africa effective from August 22, 2022, due to delayed issuance of South African visas to travellers, worsening forex crunch and the increasing cost of aviation fuel as well as its scarcity.

The carrier in a statement on items official Twitter handle said the development was regretted but has become inevitable, saying the situation may improve in 60 days.

According to the airline, they have informed the South African High Commission in Lagos of the effects of the difficulty in getting SA visas by Nigerians, which consequence is the abysmally low passenger loads o flights to and from Johannesburg.

The statement read, “Passengers whose flights are affected have the option of rescheduling to fly before August 22, 2022, or from October 9, 2022. Passengers can also request a refund via callcenter@flyairpeace.com and our team will attend to it promptly.

The carrier apologised for the inconveniences caused, stressing that it would keep the public updated while it hoped the situation improves.

The sudden stoppage of operations by Nigeria’s airlines has further reinforced the precarious situation of carriers in the country and globally as airlines are extremely finding it difficult to operate profitably because of the crisis that has hit the sector, particularly on the skyrocketing prices of Jet fuel.

The foreign exchange (FX) liquidity crisis is eating deeper into the daily operations of the local airlines, causing airlines’ capacity to dwindle and hitting up airfares.

With aviation fuel at its all-time high and foreign exchange unavailable to meet obligations on schedule, local air travellers should brace up for tougher days ahead.

With 10 local airlines suddenly down to eight, the effects are telling on local travels. On the one hand are the stranded travellers on less viable routes. On the other are high-frequency routes that are now affected by high fares. 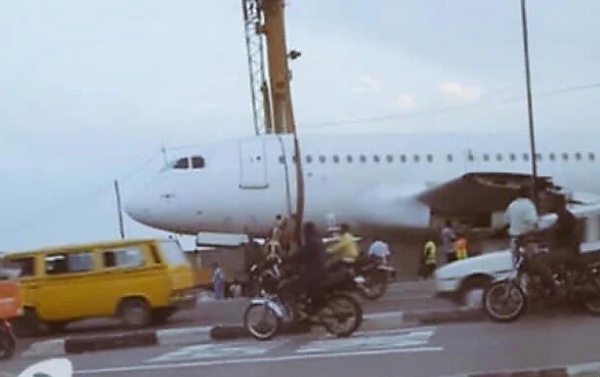 The Federal Airports Authority of Nigeria (FAAN) on Wednesday debunked viral news that a plane had crashed in the Ikeja area of Lagos State.

In a short statement posted on its verified Facebook page, the airport authority said that the plane was sold by the owner and was being transported by the new buyer.

“The Federal Airports Authority of Nigeria would like to inform the general public to disregard the news making the rounds on social media about an alleged crash at Ikeja Airport.

The aircraft was sold by the owner to a buyer, who was taking it to its final destination.”

This clarification came after a wingless plane was seen being transported on a flatbed trailer on the road at Ikeja- along bus stop axis, Lagos, causing gridlock and panic among road users.