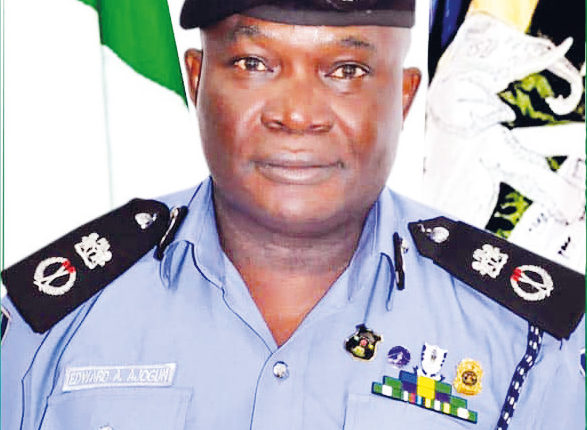 A notable royal family in Ijebuland, the Onosa Royal Family, has finally executed the warrant of possession of their family land located at Odogbolu Local Government area of Ogun State.

Consequently, the family obtained Form ‘O’ following a judgement it earlier obtained from High Court of Justice in the HCJ/214/19.
The family had earlier cried out to the Ogun State Police Command, to help it enforce a court order, granting it possession of several thousands of hectares of land in the locality.
The land is said to be in the region of 271.023 hectares with a survey plan OG/1134/2014 drawn by Pastor Lekan Taiwo,a registered Surveyor.
The family, from Odo-Onosa community of  Ikosi-Ejinrin Local Council Development Area, under Epe local council of Lagos State, said the contested land lapped to Lugben Araromi Abatiwa and Ita-Ala, up to Rusewe in Odogbolu Local Government area of Ogun State.

In a recent petition to the Ogun State Commissioner of Police, through the Assistant Chief Registrar of the State’s High Court of Justice, the Onosa family expressed frustration over its efforts to enforce the judgment concerning the landmass conceded to it.

The claimants, of the Onosa Ruling House, had in a lingering land dispute suit, secured a judgment from the state’s High Court of Justice, Ijebu-Ode Division, way back on May 3, 2018.

In the suit, the court had declared that the disputed land of 271.03 hectares belonged to the Onosa ruling house.

The ruling house, in the suit had been represented by Otunba David Okelarin and six others, being claimants, against Morufu Karounwi Salau and 17 others, being defendants.

In its letter to the Ogun State Police Command, renewed for the umpteenth time last week, the Onosa Ruling House stated that “I hereby apply for four armed policemen to assist the bailiffs of this honourable court in executing the judgment in compliance with the laid down directive, please.

“The parties and certified true copy of the judgment and the duly agreed writ of possession are herewith attached.”

The Onosa ruling house, in expressing its frustration, noted that the judgment, secured three years ago, had not been appealed against by the defendants, and that there was no stay-of-execution order on the court order, wondering why justice could not prevail.

It also lamented that the party that lost out in the suit had laid siege to the land, employing the services of land grabbers, urchins, and other criminals, all armed with various weapons and dangerous charms.

It thus appealed to the Ogun State Commissioner of Police, Mr. Edward Ajogun, to act swiftly, in the interest of justice and to help the society to uphold the sanctity of the rule of law.

It was in line with this that the execution of warrant of possession of the land took place on 25th of March 2021 and Form ‘O’ was consequently obtained.