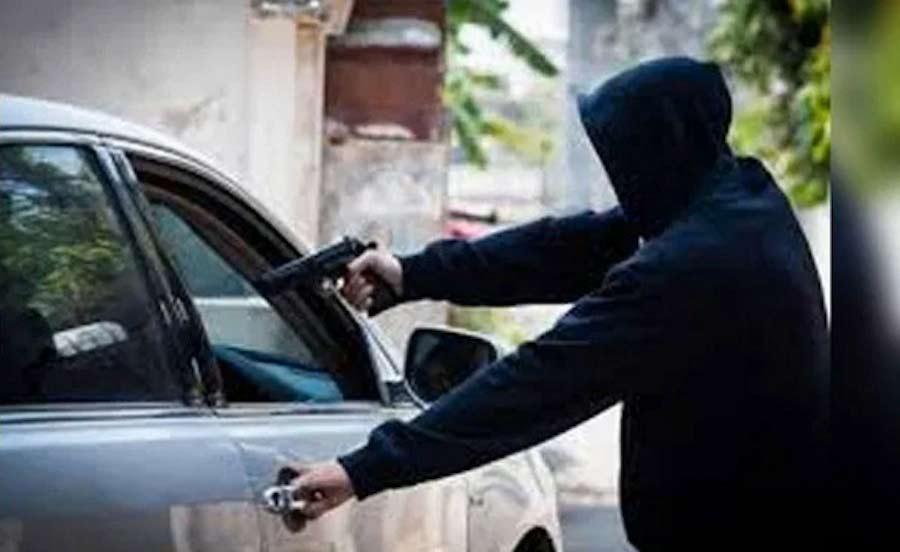 Eyewitness reporter
The dare- devil traffic robbers have staged a come back to terrorise motorists and commuters who are trapped in the Apapa traffic gridlock that is now gradually returning.
The motorists, who had brief respite when the electronic call up system of the Nigeria Ports Authority(NPA) took off , are now at the mercy of traffic robbers who have now cashed in on the gradual return of traffic on the port access roads.
Most commuters are said to now walk several kilometers to their places of work due to the gradual build up of traffic congestion while  hand full of security personnel, including officials of the Lagos State Traffic Management Authority, (LASTMA) were barely visible on the road.
According to victims, the traffic robbers returned to the road after many months of absence to rob motorists and passersby of their valuables.

Mr. Muritala Adigun, a motorist, who  recently fell victim to this vice, recounted his bitter experience in the hands of the traffic robbers who dispossessed him of his valuables.

“I was stuck in the traffic around Sanya Bus stop along the Oshodi-Apapa Expressway for several hours.
“I ran into it around 4 pm and by 6.30 pm when it was getting dark, three firece-looking guys appeared in between the trucks and pounced on my car, brandishing dangerous weapons and I was alone.
“They demanded money, phones and other valuables from me.
“Fortunately, I hid my phone when I saw it was getting dark. They only managed to empty my wallet with N5, 000, an identity card and complimentary cards.
“After they were done, they hurriedly moved to the car behind me and repeated  the same. There was no police presence or any other security personnel.

“The situation is terrible. The government has abandoned the people in this part of the state. We are at God’s mercy. This is callous and irresponsible on the part of the government, very pathetic.”, Mr Adigun lamented.

Meanwhile, the Nigeria Customs Service, NCS, has said that it was helpless over the gridlock, particularly at the Mile-2 end of the Apapa–Oshodi expressway, adding that the traffic has negatively impacted its revenue generation.

“The port access road has also greatly impacted negatively on our operations.
”At a time, it took four to five days for cargoes released to move from the port to Tin-Can, before they could join the access road.