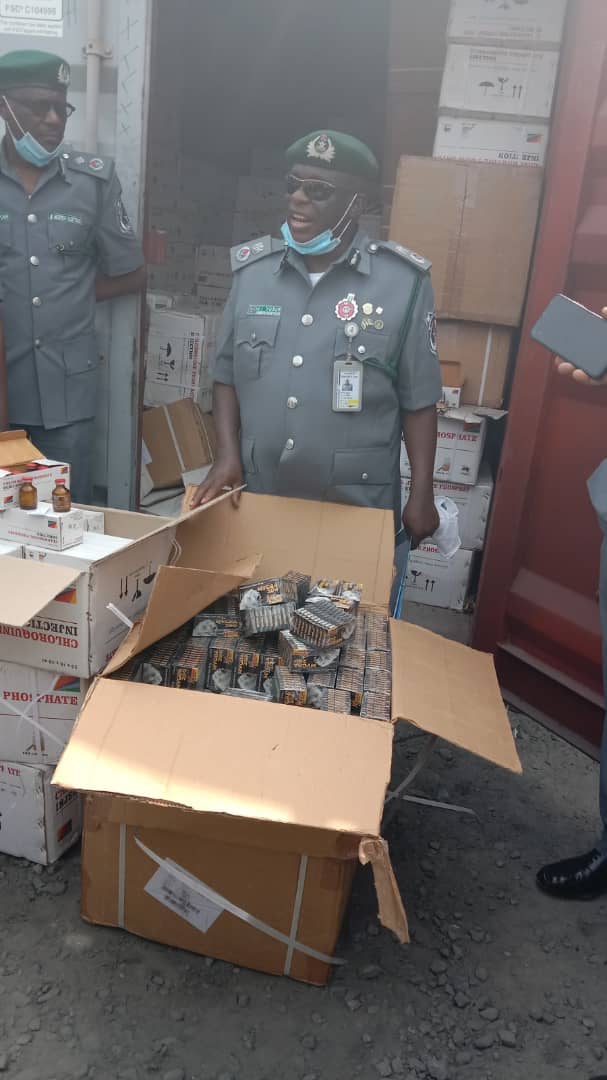 Comptroller M I Yusuf displaying some of the intercepted items at APMT, Apapa
—-intercepts non-compliant goods worth  N17.5billion
–—collects N784.8 billion revenue in 11 months
Eyewitness reporter
A gale of seizures of non-compliant goods swept through the Apapa Command of the Nigeria Customs Service when the men and officers of the command intercepted contraband and concealed goods worth a whooping sum of N17. 5 billion in duty paid value.
The unconventional goods, laden in a total of 97 containers of 20 and 40 ft sizes, were impounded within the period of January to November 2021.
The Customs Area Comptroller of the Command, Comptroller Yusuf Ibrahim Malanta, who conducted newsmen round the seized goods, said the command recorded seizure of 13 containers with a duty paid value of 285million in the month of November alone.
According to him, the seized items included 46.55kg of Cocaine concealed on vessels MV KARTERIA and CHAYANEE NAREE  with a street value of N13.2 billion which were recorded on two occasions.
Other intercepted goods were hard substances like Captagon pills, Tramadol, Codeine syrup, foreign parboiled rice, tomatoes paste, used clothing, among others.
Comptroller Yusuf said these seizures were made based on clear contravention of sections 46, 47, and 161 of Customs and Excise Management Act(CEMA) Cap C45 LFN 2004.
Malanta warned the perpetrators of the illicit trade to steer clear of the Apapa command as they will always be caught due to the fact that the men and officers of the command will always be several steps ahead of them.

Some of the seized containers at Apapa port

He revealed that superior intelligence gathering, use of forensic manifest management system and the synergy with other sister agencies in the ports are some of the methods used to flag these illicit trade practices.
“For the avoidance of doubt, we would like to reiterate here that we will not compromise proper examination on the altar of trade facilitation and we will also not relent on sharing intelligence to alert the system on false declaration even after examination or release of falsely declared cargo.
“Concealment will always be unveiled through the use of forensic manifest management system and synergy with other sister agencies in the ports”, the Customs Chief declared.
In another breath, Comptroller Malanta disclosed that the command garnered the sum of N784.8 billion as revenue from January to November 2021.
It could be recalled that the command raked in a stunning amount of N89.7 billion revenue in the month of November alone, a feat considered unprecedented in the history of monthly revenue generation in any command of the service.
“This remarkable feat was a result of improved inter-agency synergies, enhanced trade facilitation, speedy dispute resolution, and prevention of revenue leakages” the Apapa Customs helmsman stated.
Despite the geometric rise in the monthly revenue haul of the command, Comptroller Yusuf said his men and officers will not rest on their oars to continually improve on the revenue profile of the command.
He however expressed his appreciation to stakeholders and compliant traders for keeping to the rules of engagement on imports and exports procedures by adhering to the dictates of import/ export guidelines.
Malanta however warned perpetrators of illegalities that the officers and men of the command are always vigilant to uncover any form of unlawful trade. 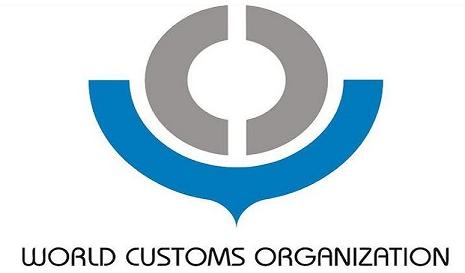 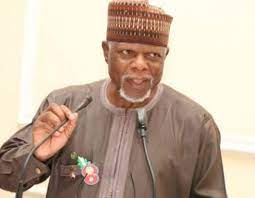 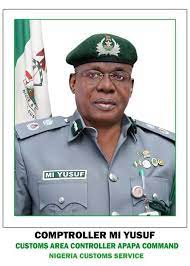