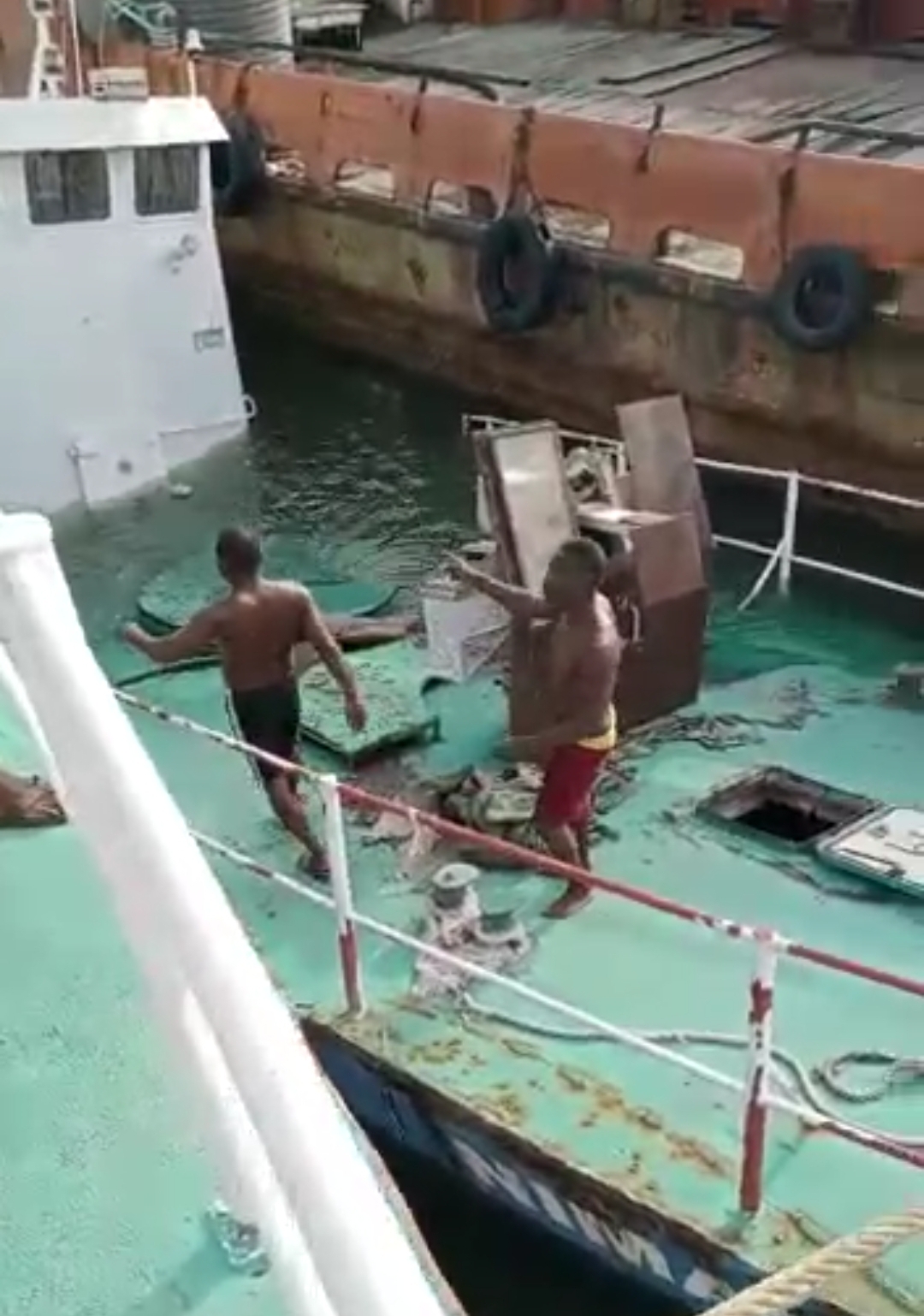 The Nigerian Maritime Administration and Safety Agency (NIMASA) have absolved itself of any blame in the controversial sinking of NIMASA-Barugu.

NIMASA/Barugu, one of the gunboats in the fleet of Global West Vessels Specialists (GWVS), sank at the weekend at the Kirikiri Terminal, behind NIMASA Resource Centre.

However, in a viral video of the sunken boat, NIMASA was blamed and roundly condemned for negligence as the agency was accused of not heeding several distress calls to save the perished boat.

But in stout defence of NIMASA, Edward Osagie, an Assistant Director and Head of the agency’s Public Relations Unit, said efforts made by NIMASA to salvage the distressed boat were frustrated by legal encumbrances as the sunken boat was a subject of litigation under the custody of the Economic and Financial Crimes Commission (EFCC).

Osagie said that the incident was an unfortunate development but pointed out that the vessel under reference was one of Global West boats that was in service with the Agency years ago.

“This boat has the name NIMASA-Barugu right from the days of the contract. There are also other boats in this contractual category in Warri.

“Collectively, the boats and their management have remained a subject of litigation and under the custody of the Economic and Financial Crimes Commission (EFCC) for years,” he said.

He said that for the avoidance of doubt, it was on record that NIMASA recently made concerted efforts toward reactivating a few of the serviceable boats in this fleet but was constrained by the legal encumbrances due to the nature of the case in court.

“As a law-abiding entity, we approached the matter under sound legal advisory.

“Finally, it must be stated that this vessel was not in our jetty and under our management at the time of the incident.

“The crew onboard does not report to NIMASA but to Global West management, its owners,” he said.

He pointed out that NIMASA remained committed to her statutory responsibility of administering safety and regulating the industry within the ambit of every lawful framework.

According to reports, the vessel sank at about 10:13 p.m on Saturday night in spite of efforts to salvage it.