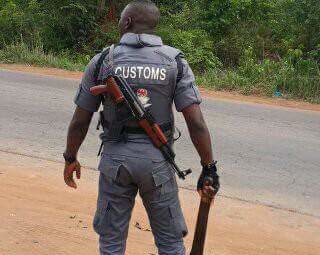 Eyewitness reporter
There was pandemonium on Saturday at Kobape village, along Abeokuta – Sagamu expressway in the Obafemi – Owode local government area of Ogun State when dare-devil smugglers engaged the operatives of the Nigeria Customs Service in a fierce gun battle which eyewitness said left about seven persons dead while unspecified numbers of people sustained varying degree of injuries.

It was gathered that the franca was allegedly ignited by the suspected smugglers who unleashed terror on Customs operatives from the Federal Operation Unit (F.O.U) who were on routine enforcement operation in the area.

The bloody clash, which started around 5 p.m on Saturday evening, left commuters and motorists stranded for more than two hours when vehicular movements were halted along the expressway as motorists deserted the road for fear of being hit by stray bullets.

It was gathered that the NCS personnel had around 3 p.m on Saturday intercepted some vehicles being used by the smugglers to convey large quantities of smuggled bags of foreign rice to an unknown destination, during which one of the drivers was equally arrested and whisked away.

An eyewitness told newsmen that troubles started when the Customs’ F.O.U operatives refused to release the arrested driver, and as well rejected the settlement advances made by leaders of the smugglers.

The refusal of the NCS operatives, however, allegedly infuriated the smugglers, who later turned the bargaining to violence, shooting one of the Customs personnel to death.

It was further gathered that both sides suffered numbers of casualties in the melee that later ensued as three  Customs operatives were gunned down, while four members of the smuggling syndicate also lost their lives.

It took the intervention of the combined security operatives, which included personnel of the Nigerian Army and the police to dislodge the smugglers in an intervention led by the Commissioner of Police in Ogun Command, Lanre Bankole.

In his reaction, the Public Relations Officer, FOU Zone A, Theophilus Duniya said two of the attackers lost their lives in the fracas, while two Customs operatives were wounded.

Duniya in a statement made available to newsmen in Abeokuta said, “Customs patrol team from Federal Operations Unit Zone A, Lagos was attacked without provocation on Saturday afternoon during an operation along Shagamu Interchange in Ogun State.

“The patrol team had intercepted twelve vehicles of different kinds, laden with bags of foreign parboiled rice, and were on their way to the government warehouse before smugglers mobilized themselves with the support of their sympathizers and attacked the team with dangerous weapons.

“During the exchange of gunfire, two of the attackers lost their lives and one suspect was arrested. Out of 12 vehicles in the convoy of the smugglers, our operatives were able to leave with 4 of them laden with smuggled foreign parboiled rice.
“The arrested suspect and the seizure have been brought to the Unit Headquarters, Ikeja”.

He added that the Ag. Controller of the Unit, Hussein K Ejibunu frowned at the avoidable loss of lives due to the unprovoked attack.

He has ordered full-scale investigations into the matter to apprehend other fleeing suspects with their smuggled wares.

He added that such violent attacks will never deter or threaten customs operatives from carrying out their legitimate duties. 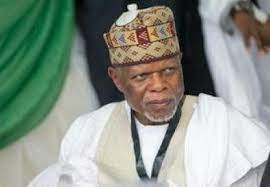 CGC, Ali
The Eyewitness reporter
In what appears to be his last major assignment before his second-term tenure as the Comptroller General of the Nigeria Customs Service winds down on May 29th, 2023, Hammed Ali, the Customs boss, has undertaken a comprehensive restructuring of the service through mass promotion, a reshuffle of the management team and rejigging of the area Controllers.
Col.(rtd) Ali kickstarted the massive exercise with a promotion galore of officers when on January 5th, 2023, three ACGs were appointed and 1490 officers were promoted to their next ranks by the Customs board upon his recommendation.
Not done yet with what stakeholders described as his parting gift to officers, a week later, the CGC announced the reshuffle of the management team of the service by infusing some newly promoted ACGs into the team while swapping the positions of some old members.
The icing on the cake was when he reshuffled the Area Controllers by rewarding some newly promoted Controllers with juicy Area commands while swapping the positions of the old ones.
The latest exercise, announced Saturday, January 21st, 2023, was the new disposition at the command structure of the service.
In the new posting, Comptroller Timi Bomodi, who was until now, the National Public Relations Officer of the Service and newly promoted to the Comptroller cadre, was posted to head the Kirikiri Lighter Terminal (KLT) in Lagos, while  Comptroller Dera Nnadi, who had just concluded his management course at the National Institute of Policy and Strategic Studies, Kuru, near Jos, was posted to Seme Area Command as its Area Controller.
Nnadi had a short stint at Ogun Command, Idiroko, as its Area Controller before he left for NIPSS.

In the new posting, Comptroller Auwal Mohammed was moved from Port Harcourt Area 2 command to head Apapa Command vacated by the revenue czar in the service, ACG Malanta Ibrahim Yusuf.

The promotions and reshuffle of officers have however elicited mixed reactions among the Customs officers.

For those who benefited from the parting gift of Hammed Ali, it was a welcome development, but for those who hold the short end of the stick in the exercise, it left a sour taste in their mouth. 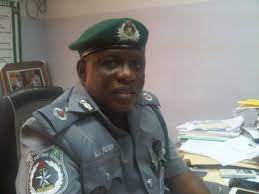 — as he resumes in Abuja as ACG, ICT/modernisation
The Eyewitness reporter
The outgoing Area Controller of the Apapa command of the Nigeria Customs Service, the newly promoted Assistant Comptroller General of Customs, Malanta Ibrahim Yusuf, has expressed optimism about the capability of his successor at the Apapa command to surpass his record-breaking revenue generation.
Following his elevation and eventual deployment to head the ICT/ modernisation project of the service at the headquarters, stakeholders have expressed fears over what will become the revenue trajectory of the Apapa Customs command which Malanta has raised to an unprecedented height.
In 2022, the Apapa command grossed a dizzying figure of N1. 022 trillion under the leadership of Malanta, the revenue Czar of the customs.
He also promised to surpass the feat, which is unprecedented in the history of the service, by marshaling the command to realise a projected sum of N 1. 5 trillion in 2023.
“Now that he (ACG Yusuf) has been called for higher duty at Abuja, can his successor match his towering credentials in revenue generation?
“Won’t his shoes be too big for the fellow who takes over from him” an agitated stakeholder muttered.
But the new ACG calmly said, “he (his successor) would do better than I did”
Stakeholders said it remains to be seen how the successor to the man who won the Revenue mobiliser of the year award last year from the Maritime Reporters’ Association of Nigeria (MARAN) for his exemplary leadership and soar-away revenue performance in the Apapa Customs command, will match his oversized shoes.
“Taking over from Malanta would present a big challenge for whoever succeeds him because of the record in revenue performance which has been set by the new ACG.
“The least he (Malanta’s successor) could do is to sustain the tempo, even if he can’t surpass it as this would be the yardstick that would be used to measure his performance.
“It’s a real burden,” another source said of the person who will take over from the revenue marshal.
It could be recalled that Malanta was among the newly deployed senior officers to the management cadre in the service following his promotion to the ACG.
In a statement signed by Comptroller Timi Bomodi, the National Public Relations Officer of the service, the new disposition followed the statutory retirement of some members of the management team of the Nigeria Customs Service.
Consequent upon this, the Comptroller General of Customs, Col.(rtd) Hameed Ali, approved the appointment and redeployment of the management members to enhance strategic and effective service delivery.

While thanking the retired members of the management for their meritorious service and support, the Comptroller General of Customs, Col. Hameed Ibrahim Ali (Rtd) CFR congratulated the newly appointed officers and charged them to redouble their efforts in ensuring the Service achieves greater heights in its mandates of revenue generation, suppression of smuggling and trade facilitation.

What we did differently to achieve N1trillion naira revenue in 2022–Compt. Yusuf 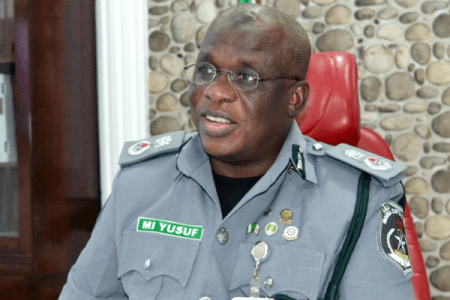 The Eyewitness reporter
The Apapa command of the Nigeria Customs Service has broken the revenue record of the service when it realised the sum of N1.022 trillion naira revenue in 2022.
The amount, which is unprecedented in the history of customs, is about half of the total amount realised by the entire service in 2022 which was put at N2.6 trillion Naira.
Addressing the press Thursday, the Area Controller of the command, Comptroller Ibrahim Malanta Yusuf, disclosed that the amount was 16.07 percent higher than the N870.388 billion collected in 2021.
Comptroller Yusuf said the command was able to achieve the feat through the resilience of men and officers in blocking revenue leakages and ensuring that all unpaid declarations and unutilized PAARs were traced and accounted to the federal government coffers.
He also attributed this laudable achievement to the creation of an enabling environment for officers which triggered motivation and productivity.
“There was a change in the environment which was made conducive and this brings motivation of staff which in turns brings productivity” the Customs chief declared 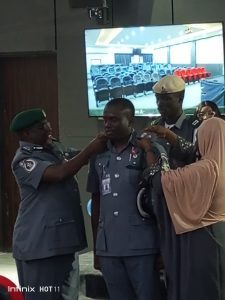 On export trade, the command also recorded a total of $68.5 million Free on Board(FOB) value with a naira equivalent of N28.2 billion of Non- oil commodities with a total tonnage of 6.4 million metric tonnes exported through Apapa port.
Agricultural products topped the list of exports that passed through the command.
Comptroller Yusuf further disclosed that the anti-smuggling efforts of the command yielded a bountiful harvest in the year under review with a total seizure of 157 containers with a duty paid value (DPV) of N14.4 billion.
This was higher than the seizures made in 2021 which were 102 containers with a DPV of N 31.8 billion.
Fake and prohibited drugs without the necessary NAFDAC certification and overdose drugs of Tramadol top the list of seizures.
60 suspects were arrested in connection with some of these seizures and are in various stages of investigations and prosecution by relevant government agencies.
Comptroller Yusuf lauded the cooperation and collaboration with other agencies of government which he said contributed immensely to the successes recorded by the command.
He also expressed appreciation to the stakeholders for their support to the command, especially their financial support towards the renovation of a befitting ultra-modern conference room at the command.
Subsequently, the commands awarded certificates of appreciation to the deserving stakeholders.
Meanwhile, the command decorated the 37 men and officers of the command who were promoted to their next ranks.
Among them are four Comptrollers, 10 Deputy Comptrollers, six Assistant Controllers, eight Chief Superintendents of Customs (CSC), five Superintendents of Customs(SC)  and four Deputy Superintendents of Customs.