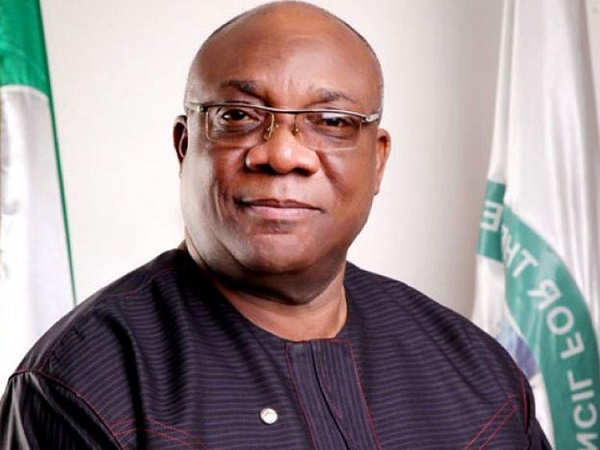 Barrister Samuel Nwakohu, Registrar, CRFFN,
—targets N5 billion annually
—laments low compliance by freight forwarders
Eyewitness reporter
The Council for the Regulations Of Freight Forwarding Practice in Nigeria (CRFFN) rakes in a little less than N2 million daily from the controversial Practitioners Operating Fee (POF).
The fee, which was made mandatory last year by the Federal Government after years of opposition by freight forwarders, is payable by all customs brokers plying their trade at the nation’s seaports and airports in the country.
According to Barrister Samuel Nwakohu, the Registrar of CRFFN, the Council is projecting to collect the sum of N5 billion annually from the fee.
Speaking at the weekend during the maiden graduation ceremony of freight forwarders at the University of Lagos, Barrister Nwakohu lamented that the daily remittance into the Council purse was still very low compared to the revenue projection made by the body due to low compliance level among the recalcitrant freight forwarders.
He was however optimistic that if the terminal operators begin to enforce compliance, the amount of daily remittance into the Council’s purse will increase.
He, therefore, urged freight forwarders to be compliant with the mandatory payment.
“Compliance is still very low. If you look at the projection that we have, which is about N5 billion a year and presently on average, we get less than N2 million daily.“It is going to be tough. But I believe that the more the terminal operators begin to enforce, the better.
“The fact with the terminal operators is that when they all start enforcing, the level of compliance will go up considerably because right now, it is less than five per cent.
“We have achieved less than five percent of our projected revenue, which is poor. But the good thing is that we have started,” he enthused.
It could be recalled that the collection of  POF as Internally Generated Revenue (IGR) of the CRFFN, has been stoutly resisted by freight forwarders who believed the fee will add to the cost of goods clearance at the ports.
They also resisted the collection on the conviction that the Council has not added any value to the life and profession of freight forwarders.
After many years of controversy and resistance, the Federal government, through the Minister of Transportation, Rotimi Amaechi, the Minister of Finance, Budget and National Planning, Mrs Zainab Ahmed and the National Assembly, all endorsed and made the collection and payment of the POF mandatory in 2020, notwithstanding the resistance of freight forwarders.
The collection, which started this year, has been slow because most of the freight forwarders still refused to pay.
But to break the resistance of the recalcitrant freight forwarders, the fee was built into the terminal charges that are collected by the terminal operators. 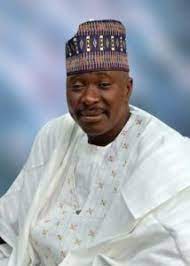 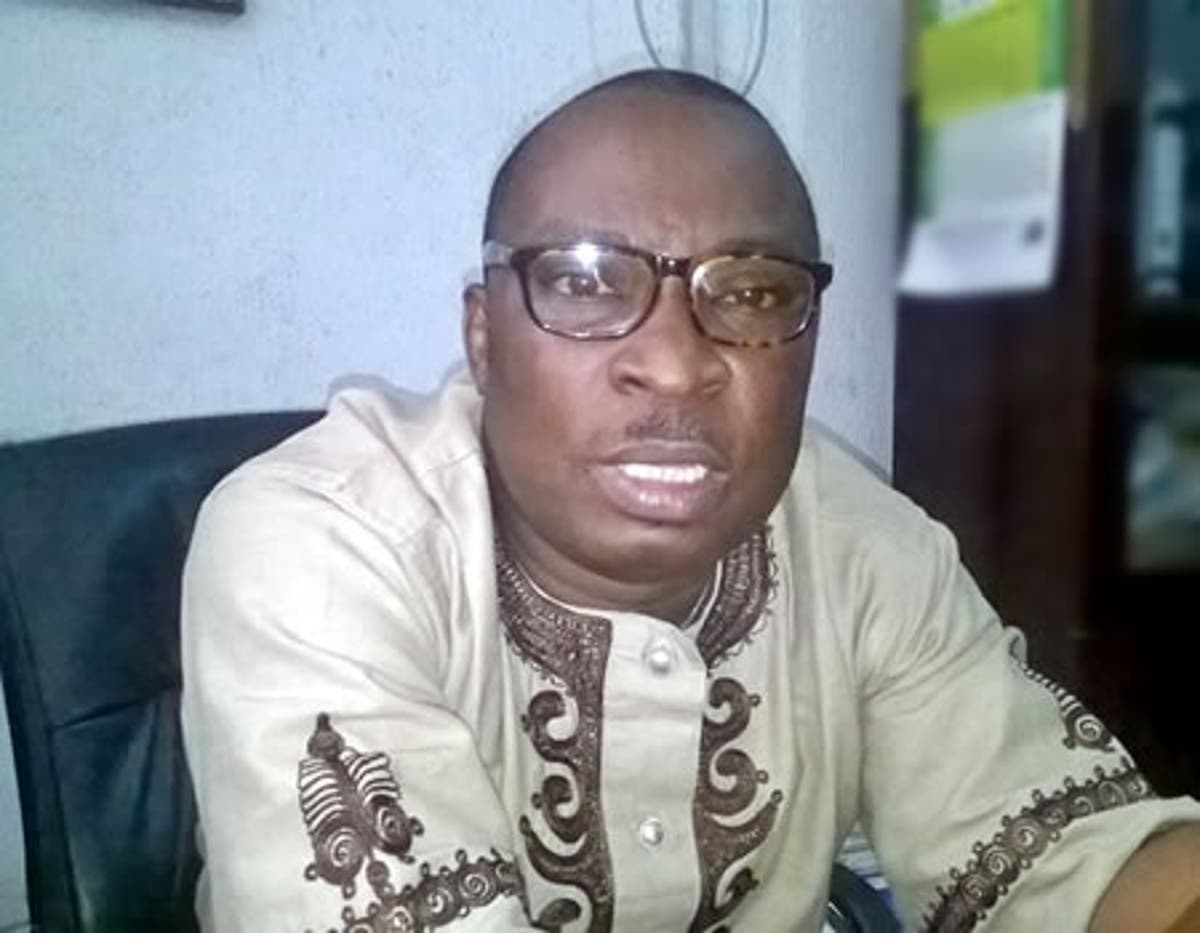 Kayode Farinto
describes them as Customs’ camp boys, apologists’
Eyewitness reporter
There seems to be no end in sight for the sweltering war of attrition between the Tony Iju -led Association of Nigerian Licensed Customs Agents (ANLCA) and the factional leaders of the association led by Alhaji Taiwo Mustapha and John Oforbike as the brickbats between the warring groups have continued unabated.
Yesterday in Lagos, Kayode Farinto, the Vice-President of ANLCA, described the leaders of the factional group as renegades, Customs’ “camp boys and apologists” who front for Customs to perpetrate illicit practices at the ports.
Farinto was reacting to the allegation that he engaged in transactions of illicit trade at the ports.
The factional leaders have alleged that Farinto resorted to ceaseless attacks on the Customs because they have plugged the loopholes he exploited to carry out his illicit practices at the ports.
Dismissing the allegation as laughable, Farinto said the factional leaders resorted to blackmail in order to assassinate his name out of frustration arising from their expulsion from the association.
“I have been a member of ANLCA for over 20 years and I just heard about Taiwo Mustapha just six years ago. After bribing his way through with N500,000, now he’s rubbing his shoulder with me.
“He is a Customs’ apologist and cannot assassinate my character. He and members of his group are not members of the association anymore because they have been expelled.
“In the association, I am his senior hence, he shouldn’t rub shoulder with me.” Farinto declared.
While dismissing what he called the falsehood being spread by the factional leaders that the tenure of Tony Iju as the President of ANLCA ends in February 2022, Farinto said the current ANLCA NECOM members will vacate the office in April 8th, 2023.
“The constitution of ANLCA has been amended and we agreed at the meeting that we should have a single term of five years for National Executive Committee (NECOM), BoT, and for all chapter chairmen.

“We agreed that the constitutional amendment begins from the tenure of Hon. Tony Iju hence, the present executive tenure ends on 18th April 2023″, he declared. 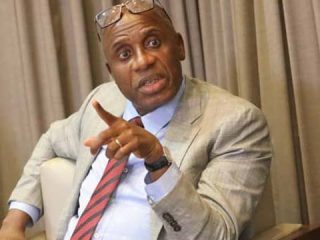 Rotimi Amaechi, Minister of Transportation
Eyewitness reporter
Contenders for the plum positions on the governing board of the Council for the Regulation of Freight Forwarding Practice in Nigeria (CRFFN) have lamented the indefinite postponement of elections into the board of the council.
The candidates, who are vying for the 15 positions reserved for the body of freight forwarders on the 32- member board, expressed frustration and agitations over what they described as deliberate attempts by the Minister of Transportation, Rotimi Amaechi, to wear them out with endless and needless wait.
It could be recalled that Amaechi had in September 2021,  set up an electoral committee to conduct the elections into the CRFFN governing board.
The committee had scheduled the elections for October 11, 2021, which never took place.
The postponement was as a result of the controversy over independent candidature which the National Association of Government Approved Freight Forwarders (NAGAFF) and Association of Nigerian Licensed Customs Agents (ANLCA), the two leading freight forwarders groups among the five accredited associations, had vehemently opposed.
This has stalemated the run-on to the elections in addition to the sharing of the positions on the board on the 6-6-1-1-1 ratio in favour of the two leading freight forwarders groups.
The Minister had therefore ordered that the elections be put on hold pending the time the crisis of confidence over the controversial sharing formula and independent candidature among the body of freight forwarders was resolved.
Consequently, all the candidates were later invited to a peace meeting in Abuja where the matter was expected to be resolved.
However, according to a source close to the CRFFN board contenders, the meeting was never held as the Minister has since then perpetually kept the contenders in waiting.
“We were first invited to Abuja for a meeting with the Minister on November 26th, 2021.
“But when we were all seated in the conference room of the ministry, waiting for the Minister, he just sauntered in and told us he could not hold any meeting as he was tired and he then walked out.
” They gave us another appointment fixed for December 3rd, 2021 only to get there and learnt that the Minister had followed President Muhammadu Buhari on an investment trip to Dubai.
” It was so frustrating as we spent money on accommodation and feeding on those two occasions while waiting for the Minister” the source lamented.
He also declared that some of them have spent so much on the postponed elections.
“We bought nomination form for N500,00 and spent millions of Naira to register our members for voting.
“Now this waiting game that has no end” the exasperated source complained in a bitter tone.
He urged the Minister to put an end to the waiting game by allowing the elections to be conducted as soon as possible because, according to him, nature abhors a vacuum.
“Let him make whatever decision he wants to make and allow the elections to hold because, as it is now, the absence of a governing council of the CRFFN doesn’t augur well for the welfare of our members who are now like sheep without shepherd”
“The body of freight forwarders cannot continue to leave their destinies in the hands of those government appointees in the CRFFN  secretariat who lack the knowledge of the industry, especially the Registrar who lacks requisite competence to oversee the complex world of freight forwarding industry ” the embittered source declared.